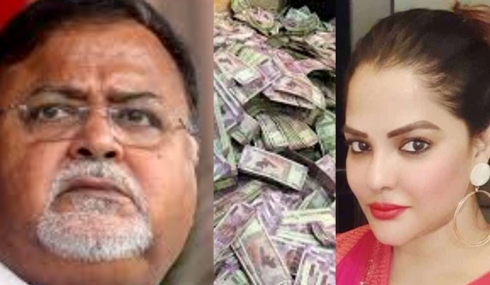 The SSC Scam In West Bengal

The SSC Scam In West Bengal

Ever since the inquiry into the massive SSC appointments scam in West Bengal took an ugly turn with the seizure of huge amount of cash, jewellery and property papers from the house of Arpita Mukherjee, said to be a close aide of senior TMC leader and the then state education minister Partha Chatterjee, the party has tried to distance itself from the money recovered and the scam as a whole. It has issued statements saying that Arpita Mukherjee is not a party member and the party has nothing to do with the recovered money.

Chief Minister Mamata Banerjee has, on the other hand, sought to question the inquiry and, while saying that she does not support corruption, has said that action will only be taken if the charges are proved in a court of law. She has also lashed out against the media trial and attempts to involve her name in the scam. She said that she is as fighter and will not allow anyone to malign her name.

Mamata Banerjee is both right and wrong. The Centre has been using central agencies to harass opposition leaders. Many of these cases are never closed. But a politician must not only be pure but must appear to be so. There is no doubt that a scam of massive proportions did take place. Partha Chatterjee was education minister then. It was under his watch that the wrongdoings happened. The discovery of money and other incriminating documents from his close aide's house is also damaging. He must be held accountable. His political punishment must begin by his removal as minister till his name is cleared.

But she is right when she questions the media for conducting a trial and tarnishing her name. There has been no disclosure till now to suggest that anyone else, apart from officials in the education department and the then minister and his close aides, might have been involved. Hence, the media must work with facts and not make unverified allegations against her. Mamata Banerjee is also right when she calls for a fast investigation and a faster trial to bring the culprits to book.