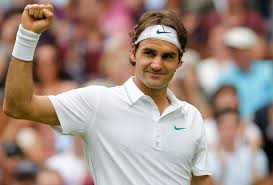 Time for Roger Federer to Hang His Boots

Time for Roger Federer to Hang His Boots

Editor-in-Chief of indiacommentary.com. Current Affairs analyst and political commentator. Writes for a number of publications. View all posts by this Author
A day after he joked with reporters that with the collapse of the Swiss franc against the Euro, he would have to earn more and hence would have to win the Australian Open, Roger Federer was knocked out of the tournament in the third round by Italian Andreas Seppi. This was the first time Federer lost to Seppi in 11 meetings and the first time he lost in the third round of a Grand Slam since 2001.

It is becoming clearer by the day that the Federer era is coming to an end. At 33, he does not seem to have what it takes to last a grueling Grand Slam. Victories will come through experience, but they will be more often than not interspersed with losses to much lower ranked players. At 30, Seppi is not much younger and he is currently ranked 46th in the world, having achieved the career best ranking of 18 in January 2013. At his peak, Federer would have brushed him aside in straight sets, as he did 10 times before this loss. But at the Australian Open, Federer struggled and was outplayed.

Federer was always a big tournament player. He used to win Slams, except the French Open, easily. But he won his last Wimbledon title in 2012, the last US Open in 2008 and the last Australian Open in 2010. The last time he won all the above three tournament in the same year was in 2007.

In December 2013, he lost to 60th ranked Lleyton Hewitt at the Australian Hard Court tournament. In 2014, apart from losses to top players, he lost to 21st ranked Kei Nishikori in the quarter finals at ATP Masters in Miami; to 47th ranked Jeremy Chandy in the round of 32 at ATP Masters in Rome; to 16th ranked Marin Cilic in the semi-finals at the US Open; to 10th ranked Milos Raonic in the quarter-finals at ATP Masters in Paris and to 19th ranked Gael Monfils in the round robin of Davis Cup Finals against France. Now this loss to 46th ranked Seppi. Lower ranked players have suddenly started fancying their chances against him.

Although Federer kept losing matches every year, his record at Grand Slams was awesome. But now, he is exiting these tournaments at very early stages. Does this mean that he is now playing only to keep the home fires burning? After all, playing in smaller tournaments with lesser players brings both ÃÂ¢Ã¢âÂ¬Ã¢â¬Åthe greenbacks and the ATP points required for rankings. Is it time he should hang his boots? IsnÃÂ¢Ã¢âÂ¬Ã¢"Â¢t it always better to retire when people ask why instead of when they start asking when? Tennis lovers would definitely miss this great player, but it will be less painful than watching him go down against much lower ranked players with alarming regularity. One thinks that what keeps him going; apart from the money that is, is the ranking. He is still ranked number two in the world. That is as much a tribute to his talent and craft (though some critics will say it is also due to crafty selection of tournaments to play) as a reflection of the lack of talent available on the menÃÂ¢Ã¢âÂ¬Ã¢"Â¢s tour.