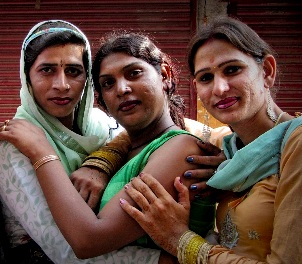 Transgender Persons Bill: Not Quite There

Transgender Persons Bill: Not Quite There

Editor-in-Chief of indiacommentary.com. Current Affairs analyst and political commentator. Writes for a number of publications. View all posts by this Author
The Transgender Persons (Protection of Rights) Bill, 2018, as passed by the Lok Sabha, is regressive and is not going to protect most of the rights of the highly marginalized community. It will not help in ending the bias the society has against them nor will it help in making them shed the stigma and shame associated with their state and make them live with their head held high. In fact, some of the provisions are going to hit the way they are forced to earn their livelihood. This is mainly because the government has chosen to ignore most of the suggestions of the Parliamentary Standing Committee attached to the Ministry of Social Justice and Empowerment, as also those made by experts and other stakeholders.

The Supreme Court, in its judgment in the case NLSA vs Union of India, had expressly granted the third gender status to the community, thereby recognizing and protecting the right of self-identification. The Bill has taken the judgment into consideration in revising the definition of transgender from the earlier (in the draft Bill) neither male nor female to say that it will now mean gender not matching gender assigned at birth which will include trans men, trans women, gender-queer, people with inter sex variations and those who designate themselves according to socio-cultural identities such as hijra, kinnar, aravani, chakka, jagappa or jogra.

But the other order of the court has been ignored by the government in the Bill. The court had asked the government to recognize the transgender community as socially and economically backward class. It had also directed the government to extend reservations for them in educational institutions and in public appointment. The Bill fails to address both these issues. Similarly, non-recognition of the community in criminal and civil statutes like those relating to marriage, adoption and divorce is discriminatory. The Bill is also silent on this aspect.

Each transgender is to be issued a registration certificate by the designated District Screening Committee. While this might be necessary to prevent misuse of the status, it clearly goes against self-identification. While there is no need to go for reexamination before the Committee if one has a sex reassignment surgery, the medical certification requirement remains. The draft Bill had proposed that transgender persons would not be allowed to be forcibly separated from their families except by a court order. The Parliamentary Committee had pointed out that adult transgender persons faced the maximum harassment within the family. Recognizing this, the Bill has now restricted the forcible separation clause only to children.

But the Bill has dealt a blow to the chosen means of livelihood that most transgender persons prefer by criminalizing begging by such persons. The Bill proposes to make it an offence for someone to force or entice a transgender into begging. Although many people consider it to be a nuisance, especially when the transgender community coerces people into giving large sums of money as donation on happy occasions such as the birth of a child, a marriage or opening a showroom, in the absence of employment opportunities, they have no other avenues of earning their livelihood. Till such time as the society accepts them and gives them employment, this route must not be closed, especially when begging itself is no longer seen as a crime. With the grant of the third gender status, criminal laws must be applied to them and if they use illegal means to force people to pay them off, the police should take action. But if people give donations willingly, it should be allowed.

There was no serious discussion on the Bill in the Lok Sabha and it was passed hastily. The Rajya Sabha must ensure that some provisions are debated properly. Further, laws enacted with the best of intentions often remain in the books if not implemented with zeal. Along with the proper implementation of the law, there has to be a change in the social mindset as transgender persons are often viewed with suspicion and even hatred in some places. Society must understand their sufferings and try to bring them in the mainstream. On their part, the community must take pride in the enhanced status given to them by the Supreme Court and now by the proposed Bill to prevent members of the community to create a nuisance and force people to pay them large sums of money. Displaying self-respect is the best way to force people to respect you.