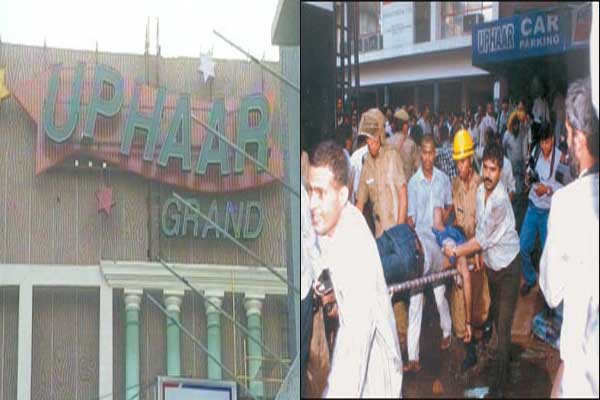 Upahaar Judgment: Discretion Allowed to Judges is the Villain

Upahaar Judgment: Discretion Allowed to Judges is the Villain

Editor-in-Chief of indiacommentary.com. Current Affairs analyst and political commentator. Writes for a number of publications. View all posts by this Author
There is widespread resentment in society as well as legal circles over the Supreme Court judgment in the Upahaar cinema fire tragedy case. It is believed that the Ansal brothers have been let off lightly and the penalty of Rs 60 crore imposed on them is being viewed as Ã¢â¬Ëblood money.Ã¢â¬â ¢

The trial court had sentenced the brothers to 2 years in jail. The Delhi High Court awarded Rs 18 crore compensation to the next of kin and other living victims but reduced the jail term to one year. The Supreme Court has now allowed the brothers to walk free, further reducing their sentence to the five odd months they have already spent in jail, while imposing an enhanced fine.

Is this judgment fair? Does it meet the ends of justice?

There was no doubt about the convictions. Both the trial court and the high court had found the accused guilty as charged. The controversy is about the manner of sentence.

The main charge against them was under section 304 of Indian Penal Code (IPC) which says:

A careful reading of this section shows that the first part, which provides for punishment if death is intentionally caused, uses the words and when it provides for Ã¢â¬Åimprisonment of either description for a term which may extend to ten years, and shall also be liable to fine.Ã¢â¬Â Hence, anyone causing death by intention must be both jailed and fined.

It is in the second part of the section which deals with death caused unintentionally that the word and is replaced by or, giving judges a huge discretionary power. The words with Ã¢â¬Åimprisonment of either description for a term which may extend to ten years, or with fine, or with bothÃ¢â¬Â give judges a lot of room to use their discretion and this was on full display in the Upahaar judgment. Going by the wording of the section, the judges are well within their rights to say that the ends of justice have been met by the jail term the Ansals have already served and just a fine needs to be imposed on them.

Ram Jethmalani is reported to have said that this is a very good judgment. But read this judgment with the Companies Act, 2013 and you will see that if the apex court had even given the Ansals just another month in jail, they would have been removed from directorship of all companies they represent and would not have been eligible to be directors of any company for the next five years. Anyone convicted for a crime that carries a jail term of six months or more is so restricted by the Companies Act. That, in my opinion, would have been just. In fact, the apex court should not have reduced the jail term of one year imposed by the Delhi high court as the CBI had filed the case before it for enhancement of the jail term.

Having played with the seating space in their cinema hall to increase their profits, the Ansals had restricted the aisle space, leading to a situation where people could not be evacuated swiftly in case of the fire. They knew very well that what they were doing was wrong. But the urge to make extra money made them forget all municipal rules and fire safety guidelines. Money is not a big matter for the Ansals. They will pay the fine in time. Although losing control of their companies for five years would also not have mattered as promoters always have proxy yes-men in the Board, at least they would have experienced what it means to lose something dear to you, as the families of those who died in the fire have to experience for the rest of their lives.

The worst part is that just a day or two after the Upahaar judgment, a two member bench of the Supreme Court, in the case where the Punjab and Haryana High Court had reduced the jail term of some accused, had this to say: Ã¢â¬ÅSociety waits with patience to see that justice is done. Society hopes for it. When criminal culpability is established but discretion is irrationally exercised by the court, the said hope is shattered and patience is wrecked. It is the duty of the court not to exercise discretion in such a manner as a consequence of which the expectation inherent in patience, which is the finest part of fortitude, is destroyed.Ã¢â¬Â

The hopes and patience of society have been shattered and wrecked by the Upahaar tragedy judgment.