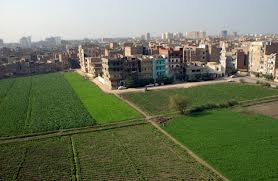 What is Fair Price for Acquired Farm Land?

What is Fair Price for Acquired Farm Land?

Editor-in-Chief of indiacommentary.com. Current Affairs analyst and political commentator. Writes for a number of publications. View all posts by this Author
Forcible acquisition of farm land by the State without adequate compensation is one thing that raises the heat quotient all over the world. The State often cites pressing reasons and acquires farm land through legislation. But farmers say this land is forcibly taken away without them getting a fair price for it. Same story is played out in India.

The Indian constitution recognized right to property as a fundamental right till 1978, when it was deleted by the 44th amendment. In its place, the citizens were granted a dubious right by Article 300A which said âno person shall be deprived of his property save by authority of law.â Hence, what was originally an unhindered right was made subject to the whims of the State.

The Supreme Court has now come out in favour of the farmers by saying that right to property is a âprize privilegeâ and categorically saying that it is âincumbent on the state to solemnly respond to its constitutional obligation to guarantee that a land loser is adequately compensated.â

While the court has rightly extended its legal support to the farmers, the issue is not that easy. Who is to decide what is adequate compensation for a piece of rural land and how is it to be decided? If the government says it should be an x amount, the farmer usually demands a y amount which is substantially higher. Social activists and NGOs also pitch in to turn it into a battle.

There is no set formula for deciding the compensation amount. Farm land does not have any exceptional market value per se. The value is emotional for the landowner. For example, if no project is coming up, a farmer might not be able to sell his land even for a pittance. Even then, he might not find ready buyers. It is only when any infrastructure project or industry is announced in the area that land prices skyrocket. Sometimes, the demands of landowners border on blackmail.

In such a scenario, what should be adequate compensation? All the talk of 4 times or 8 times the market going rate is confusing. Which market rate are we talking about? The one before the project or acquisition was announced or the one after it was notified? For, one would find that if an acre of land was going for, say, Rs 100000 in normal times, it would be quoted at Rs 10000000 after the announcement of the project. So should the farmer get Rs 8 lakhs or Rs 8 crore?

Instead of turning all acquisitions into pitched battles between the government and industry on one side and the farmers and social activists on the other, it is better to draw up a mechanism that fixes a fair rate that does not pinch anyone. For, if India is to grow, land has to be acquired. Any compensation should not be so absurdly high as to make it at par with semi urban land and not so pitiably low as to deprive the farmer of his right to adequate compensation. A middle ground has to be found through a set mechanism.