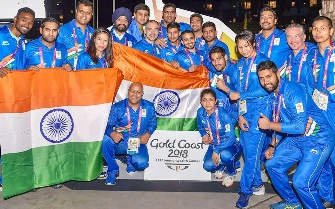 What Is Happening With The Indian Squad At CWG?

What Is Happening With The Indian Squad At CWG?

Editor-in-Chief of indiacommentary.com. Current Affairs analyst and political commentator. Writes for a number of publications. View all posts by this Author
The Indian contingent at the Commonwealth Games (CWG) in Australia is in the eye of a storm. Following a used syringe being found outside the room of a veteran boxer, officials have targeted all Indian participants for dope testing. Performance enhancing drugs have become a way of life in sports and so dope tests have become common and necessary. There is a no-needle policy for the CWG which prescribes that all syringes must be stored only at a centralized place and access will be granted only to medically qualified practitioners of the CGA delegation for treatment of illness, injury or other medical condition for which a Therapeutic Use Exemption (TUE) must be obtained. Athletes on auto-injection therapy (for instance those on insulin) must also have TUE.

After the needle was found and the dope tests were conducted, first on the boxers and then on each of the squads as and when they arrived in batches, the CGF Medical Commission conducted an investigation. Its findings have been submitted to the CWG Federation Court and India has been summoned to its hearing on April 4. There is a big chance that sanctions might be imposed on the boxers, or at least the one outside whose room the syringe was found, once the hearing is done for breaching the no-needle policy.

It is surprising as well as distressing that athletes representing the country at such prestigious events are not made aware of the strict rules in force. India was in line to put up its best ever show at this years games and now the controversy will take its toll on the performance of the athletes. It also defies belief how a seasoned boxer could jeopardize his chances as well as maybe his career by taking such a huge risk and then throwing the syringe outside his own room. Has the boxer confessed to using the syringe? Or is there something fishy going on? Are there forces that are working to destroy Indias chances and reputation? Or is there internal rivalry? These are questions that need immediate answers and those managing the contingent in Australia must provide them soon.