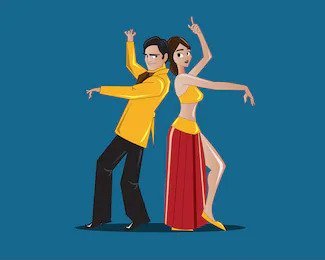 Who Are These Faceless Traitors? They Must Be Named And Brought To Book

Who Are These Faceless Traitors? They Must Be Named And Brought To Book

It is becoming a trend to target people without naming them. This kind of generalized muck-raking is of no use other than spreading fear and uncertainty. Bollywood celebrities are the easiest targets in this regard. The latest to jump on this bandwagon is BJP VP Jay Panda. He has said in a tweet that some Bollywood celebrities are linked to ISI and the Pakistani Army.

There have always been rumours about some Bollywood celebrities having links with the Dawood Ibrahim gang. That was mainly due to the fear of being harmed. At one time, the D-gang used to have a big say in how movies were made in Mumbai. The phone call from Dubai was used as a weapon to bring many celebrities to heel. But that has passed and there have been no recent reports of the mafia controlling the movie business.

But this is probably the first time that some as high up as Panda has said that he has seen threads documenting some Bollywood celebrities' links with ISI and Pakistani army. This is a shocking disclosure. If true, the celebrities must be named and brought to book. People have been arrested for sedition on lesser charges. Then what is preventing the government from moving against them?

Will just asking "patriotic Bollywoodies to renounce them" solve matters? If these celebrities do have links with people who help the ISI and the Pakistani Army to foment trouble in India, particularly in Jammu & Kashmir, then they must be investigated thoroughly to find out if they are helping these people in their nefarious activities. The help could be in various ways, most likely through funding. It is not a small matter and should not be limited to a tweet and an appeal to patriotic celebrities.

But if it is not true, it is slander of the worst kind. The ATS of the Mumbai Police must take suo moto cognizance of Panda's tweet and question him about the threads. It should investigate what Panda has said and uncover how far and deep the ISI and the Pakistani Army have infiltrated the ranks of Bollywood celebrities. Helping terrorists or having links with those that help them is a crime against the nation and such celebrities must be punished for it.