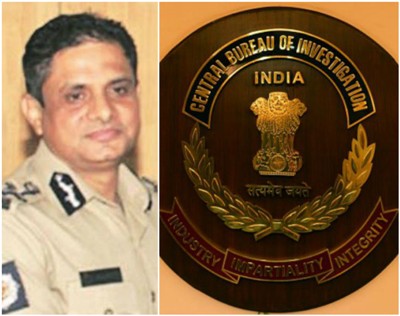 Why Is The CBI Allowing Rajeev Kumar To Play Cat And Mouse With It?

Why Is The CBI Allowing Rajeev Kumar To Play Cat And Mouse With It?

Why is the CBI moving so hesitatingly in the case of Rajeev Kumar, the former commissioner of Kolkata Police? The man has not appeared before it for two days despite several notices to him directly and to his superiors in the West Bengal police administration, who had promptly asked him to appear before the agency. Ostensibly, he has informed his superiors that he is unable to appear because of "pressing personal reasons" and in a separate email to the CBI, sought a month's time. Why is the agency not moving to arrest him forthwith? It would have not wasted a single day before arresting the accused if he or she was a common man and not as privileged as Rajeev Kumar. Should we then infer that the law is different for the privileged?

While Kumar's lawyers made a mistake in approaching the Barasat Sessions court for anticipatory bail (which rejected it as it had no jurisdiction), it defies logic why the CBI's lawyers approached the same court to obtain an arrest warrant against him. Did they not know that the jurisdiction lay with the Alipore court? How could they be so sloppy?

Rajeev Kumar has been trying to dodge the CBI ever since his name came up for allegedly tampering with or destroying evidence in his possession as the head of the SIT that investigated the Saradha scam. The first time he appeared before the agency was after the Supreme Court directed him to do so. But this time, after the Calcutta High Court withdrew the protection from arrest, Kumar, as a law-abiding citizen, should have appeared before the agency after the notice was served on him. That he chose to ignore the notice and asked for time showed that he has scant respect for the very same law that he is mandated to uphold as an officer in the West Bengal police force.

The CBI should locate Kumar and obtain an arrest warrant to take him into custody. No one, however highly placed, should be allowed to make a mockery of due process. When the Supreme Court did not allow the former finance minister Chidambaram to abuse the process, Kumar will not get relief even if he approaches the apex court. If he is wanted in connection with the ongoing investigations in a case, he is bound to appear before the agency. By delaying, he is only making things more difficult for himself.