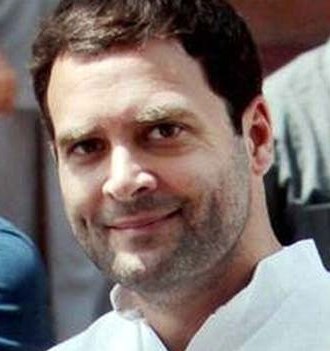 Why Rahul Met the Chinese Envoy?

Why Rahul Met the Chinese Envoy?

By our team of in-house writers. View all posts by this Author
People are talking about the dumb-headedness of Rahul Gandhi in meeting the Chinese envoy to India when the neighbouring nation is engaging our troops in a stand-off at Doklam tri-junction in Sikkim. People are wondering why Rahul had to meet the envoy and not the Indian defence or foreign minister to know about the dispute. They have been whispering that the Gandhi scion is more interested in getting inputs from the enemy so that he can have a go at the Modi government.

People are saying that this is nothing new as far as Rahuls conduct goes. He followed Arvind Kejriwal in doubting the surgical strikes. He has been saying that India has a weak prime minister. In this episode too, he first denied meeting the envoy and admitted it only when the media exposed it. He said it was his job to be informed of critical issues. By the Chinese? Hence, people are saying that Rahul is slowly becoming the biggest liability the country has.

People have begun to wonder whether Rahul is taking his role as an opposition leader too literally, without knowing that opposing in politics means opposing the policies of the government. People say that instead of opposing the government, Gandhi has now begun to oppose the country.

People say that during times of crisis, any private meeting with the envoy of the nation threatening Indias integrity amounts to going against the nation, more so when the deliberations are not made public. In trying to show his eagerness, he just proved his naivety. In the process, Rahul has further alienated himself with a good number of his countrymen.