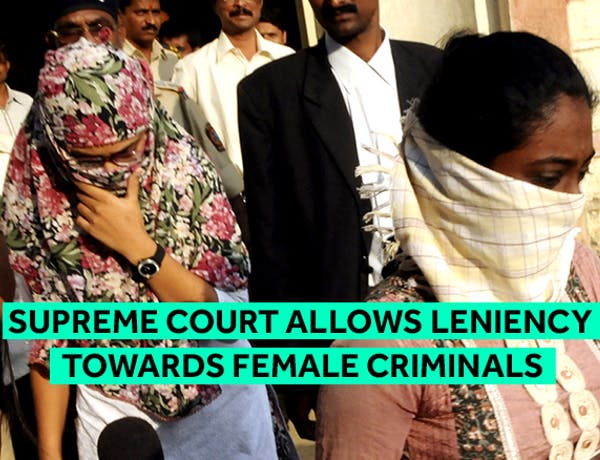 Editor-in-Chief of indiacommentary.com. Current Affairs analyst and political commentator. Writes for a number of publications. View all posts by this Author
The Supreme Court has observed that leniency can be shown to women criminals under certain circumstances. But this goes against the very basis of law which decrees that all citizens, regardless of caste, creed, religion, gender and economic status are equal before law and all should be punished in a similar manner. There should not be  in fact cannot be  any discrimination in meting out punishment to a woman just because of her gender. If a woman commits a crime, she should be handed out the same punishment that would have been given to a man in similar circumstances. Extenuating circumstances cannot be cited to grant relief to a women criminal.

The reason for this is two-fold. Firstly, Indian laws do not have separate punishment for males and females. Also, courts do not have much of discretion in awarding punishment, apart from what is written in law. So for courts to discriminate in favour of women criminals would be judicial overreach. Secondly, if a woman is to be shown leniency in case she has young children to look after, cannot the same logic be applied for a male offender to say that he is the sole earning member of the family? If the court is concerned about what will happen to the children if their mother is sent away to jail, it should also be worried how the mother will feed the children if the husband, who provides for the family, is sent to jail.

There can be mitigating circumstances in many cases and judges mostly apply their discretion in showing leniency depending upon the facts of the case. But to make it gender-specific is wrong. Women criminals are in no way different or softer than men criminals. With more and more women getting drawn towards the criminal way of life, either independently or lured by their male acquaintances, there is no need to make them believe that they will be treated with kid gloves by the law. It will embolden them and attract newer recruits. Hence, the law must be applied equitably and justly for both the genders. There should not be any exceptions on just the basis of gender.