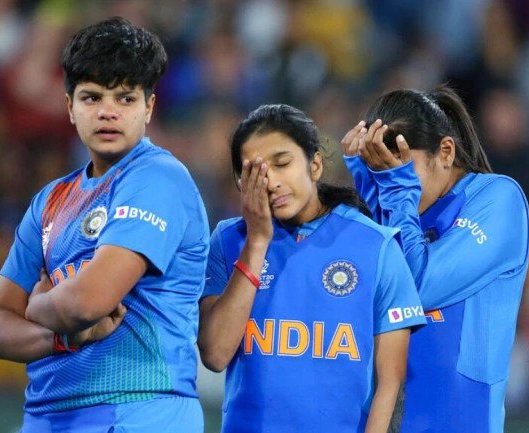 In the end, it was an anti-climax. After having raised expectations to a sky-high level, the relatively inexperienced Indian womenâs cricket team surrendered abjectly to the highly motivated Australians in a one-sided final in the T20 World Cup. For the record, the Indians lost by 85 runs but the defeat was so total that it will rankle for months, if not years.

The Australians did not let the Indian team settle down from the word go. After winning the toss and electing to bat their seasoned openers tore into the Indian bowling attack. In the first power play, the Australians reached their 50 without losing a single wicket. It did not help the Indian cause that all their bowlers struggled to find their line and length. Juicy full tosses were fed to the Australians which were dispatched to the boundary with disdain. If the Indians managed to restrict the Australians to 184, it was mainly due to the two wickets that Deepti Sharma took in one over. Otherwise, the Australians would have posted a total much in excess of 200. The Indian fielding too left much to be desired as it allowed the opponents to convert ones into twos and twos into threes with unfailing regularity.

When they started batting, the marquee players, Shafali Verma, was consumed by a beautiful ball close to her body which moved away to take an edge. It was a ball that would have troubled the most seasoned of players and the 16-year old could not remove her bat in time. The way the Indian team folded up after that showed that while they were burdened by the huge score the Australians had put up on the board, the Aussies too had done their homework and had a plan for each of the Indian batswomen. This was one outing the Indians would like to forget in a hurry. But it would hold them in good stead if they learn their lessons from the humiliating loss.