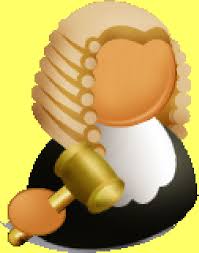 Adjournments Are the Bane of Indian Legal System

Adjournments Are the Bane of Indian Legal System

Editor-in-Chief of indiacommentary.com. Current Affairs analyst and political commentator. Writes for a number of publications. View all posts by this Author
The dialogue tareekh pe tareekh was made famous by Sunny Deol in the film Damini, but adjournments are a major hindrance in dispensing of speedy justice in India and contribute majorly in the system getting clogged. Chief Justice J S Khehar has little patience with lawyers and advocates who seek adjournment on flimsy grounds. A few months ago, when he had not become the CJI, he snapped when adjournments were sought in continuous cases. He angrily remarked What is happening? Why is everybody in a holiday mood? When a junior lawyer pleaded that he did not have the case papers, Justice Khehar offered him his file with the words Here, take my file. Argue. Then he pressed the buzzer for recess and went to the inner chambers, instructing his staff to call him when the lawyers are ready.

Again, a few days ago, he castigated the central government for seeking frivolous adjournments with a warning to impose heavy fines on such pleas. Justice Khehar said You (Centre) have been seeking adjournments in every matter. We haven't done anything since morning. From now on, we will start imposing heavy costs for every adjournment". Then again, just a few days back when Justice Khehar found that states were not filing responses in time, he angrily asked Is this a panchayat going on here that the states are not serious? He directed the states to file the responses in four weeks, failing which the concerned secretaries will remain present in court. The same day, when a junior lawyer sought adjournment on the plea that his senior had gone out of station for personal reasons, the CJI snapped Is this a joke court or the Supreme Court?

The legal fraternity is also concerned. Dushyant Dave, the president of the Supreme Court Bar Association said that This is very unfortunate. The bar must realize that they have a responsibility towards the litigant. In any other country, you would have to face serious consequences by way of consumer court cases and complaints to the bar councils. Eminent jurist Soli Sorabjee also came down heavily on what he called utter nonsense and the greatest curse and was of the opinion that advocates must be brought under the Consumer Protection Act to make them responsible to their clients. But despite this, nothing seems to be happening and lawyers shamelessly approach the courts for repeated adjournments on frivolous grounds.

The Supreme Court has been making strong observations and passing many directives against repeated adjournments for the last few years, but in the absence of a deterrent or penalty, lawyers have been ignoring all such remarks with gay abandon. In a situation similar to kids asking to be excused from going to school by thinking of ingenuous excuses every day, lawyers cook up various excuses to seek adjournments. But this goes against the interests of the clients they represent, whose cases are prolonged unnecessarily and they have to bear the lawyers fees despite nothing taking place on the day of the hearing. Bringing lawyers under the Consumer Protection Act is one way to combat this menace, but just that is unlikely to yield the desired results. It will only add up to more disputes, this time between litigants and their lawyers. One feels that the time has now come to look into restricting the number of cases each lawyer can take up at a time, like it is done with the limit placed on statutory audits chartered accountants can take up.