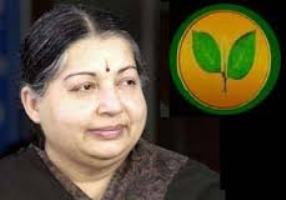 By our team of in-house writers. View all posts by this Author
Second rung politicians in India are famous for their chamchagiri and groveling before the Supreme leader. From Indira is India and India is Indira to Narendra Modi is Gods gift to India right down to a politician in Puducherry carrying Rahul Gandhis footwear, there are no limits to which these people can descend to in order to show their loyalty to their respective deities.

So the news that the Tamil Nadu cabinet met, with O Paneerselvam presiding, with an empty chair and a prominently displayed photograph of hospitalized CM Jayalalitha did not evoke much response as it was a mild show of loyalty. After all, if Bharat could rule Ayodhya with Lord Rams sandals placed on the throne, AIADMK mandarins can also do so for their presiding deity, their Amma. It is just a symbolic gesture, meant to assure the fanatic party workers and the Supreme leader both, that no one is going to usurp her rightful place till she recovers or, God forbid, worse happens.

But there should be a difference in eulogizing in party forums or press conferences and such displays in cabinet meetings. Meetings of the state cabinet are serious affairs, conducted to take decisions on governance. Apart from a resolution supporting her and wishing her speedy recovery, the meeting should have been conducted in a businesslike manner. The whole world knows no AIADMK leader has the gumption to even look Jaya in the eye, let alone go against her or stage a bloodless coup in her absence. Hence, the public chamchagiri was in bad taste and should be avoided