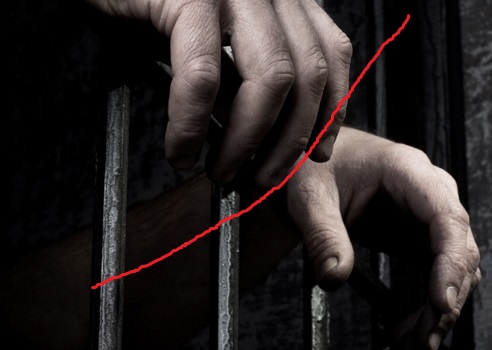 Linus tackles things head-on. He takes sides in his analysis and it fits excellently with our editorial policy. No 'maybe's' and 'allegedly' for him, only things in black and white. View all posts by this Author
The Times of India, quoting ex-prisoners, has reported that caste-based segregation of prisoners is being practiced in Palayamkottai prison in Tamil Nadu. Former prisoners have pointed out that the blocks in the prison have been so divided that thevars occupy four separate blocks, dalits two and nadars, udayars and others the rest. Even under trials are lodged on caste basis. What is worse is that wardens, when calling out prisoners names, add their caste  as if to rub salt in the wounds. Although the state minister for prisons has denied the charges, there are several other witnesses who have corroborated what the former prisoners have said. The practice was started in 1984 after the district witnessed caste based violence. Ostensibly, it was done to prevent violence in the prison.

But such segregation defeats the purpose for which a person is jailed  that of reforming him or her. If prisoners are segregated on caste basis, the discontent over discrimination grows. Instead of minimizing enmity, segregation in jails feeds of old fears and even magnifies them. When a few hundred prisoners of the same caste are herded together they will see it as discrimination. They will feel they have lesser facilities; the quality of food given to them is inferior and so on. In short, they will feel persecuted and will not be reformed. No fear over violence in jail can justify keeping prisoners segregated on basis of their caste. The government should verify the allegations and if found true, punish the errant officers.