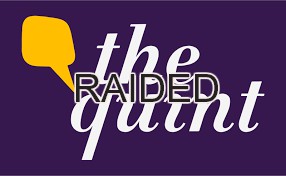 Attempts To Muzzle The Media Will Backfire

Attempts To Muzzle The Media Will Backfire

Editor-in-Chief of indiacommentary.com. Current Affairs analyst and political commentator. Writes for a number of publications. View all posts by this Author
It is a matter of grave concern that the government is indulging in vendetta against media houses critical of its policies. The I-T department raid on the home and offices of Raghav Bahl, owner of The Quint and minority shareholder of The News Minute is another instance of the administration trying to browbeat a critic into submission. Before this, NDTV was similarly targeted. These media houses are neither pamphleteers nor are they purveyors of fake news.

This is not to say that media houses are above the law. If any discrepancies are discovered in returns filed or if any wrongdoing is reported, all government departments are free to question them. But raiding the premises where business secrets (media survives on scoops, remember) are stored, that too in the absence of the owner, is not the right way to go about it.

The action must be condemned strongly. The government must desist from undertaking such blatantly questionable decisions. If Raghav Bahl is suspected to have suppressed taxes, send him a notice, or multiple notices, and let him reply. Ask for all relevant documents. If the answers are unsatisfactory and if there is reason to believe that evidence might be destroyed, then and only then should raids be conducted.

But in this case, the premises were raided without telling the taxpayer about the alleged discrepancies or wrongdoings. This is obviously a case of putting pressure on the media so that they turn into yes-men. The government must shed the attitude that no one has the right to criticize it. More than half of India did not vote for the NDA. They got to Delhi just because of the first past the post system. Hence, they cannot suppress the voice of the people or the media.