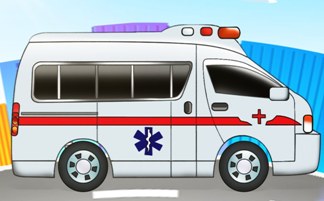 Holding an extreme view and carting the ball out of the park is what interests him most. He is a hard hitter at all times. Fasten your seatbelts and read. View all posts by this Author
Imagine an air-condition repair mechanic accompanying a patient in place of a doctor in an ambulance. That is exactly what happened in West Bengal when a patient suffering from respiratory problems was being shifted from Burdwan to the state capital Kolkata, about 100 kms away. The parents of the boy even paid Rs 8000 for the services of an accompanying doctor, only to get a mechanic. The patient died on way to Kolkata. The nursing home that referred the patient to Kolkata for further treatment denies a hand in this. It says that it had not arranged the ambulance or the doctor. The police have arrested the driver of the ambulance and the mechanic who posed as a doctor. They are investigating the case further.

Arijit Das, the boy who died, was a topper and was appearing for his board exams when he suddenly developed pain in his back and had fever. Doctors at the local Rampurhat Sadar Hospital treated him for a day but then asked the family to take him to a bigger government facility in nearby Burdwan. On the way, the driver of the vehicle they were travelling in convinced them to go to a private nursing home. The family readily agreed.

This highlights the way the medical business runs in the state as well as the complete lack of trust ordinary citizens have in government hospitals. Every hospital in the state is full of touts and agents of all varieties. They keep approaching relatives of patients, either to get them a bed in the same hospital after paying a hefty bribe or assure them of better treatment at discounted rates at private hospitals. Some agents also assure arrangement of medical aids like stents and pacemakers (whose origin and quality might be dubious) at discounted prices. Medical services in the state are in the hands of touts and private hospitals and nursing homes pay huge commission to those who can get patients admitted in their facilities. The driver who suggested the private nursing home to Arijits family obviously did it for the commission he receives from them. But they accepted his suggestion only because they had little faith in government hospital.

Also, the nursing home might be correct in saying that it did not arrange for the ambulance or the doctor. There are many touts waiting for this opportunity outside all government and private medical facilities in the state. Relatives of the patient are so confused at that time that they neither have the time nor the inclination to check everything. Their first concern is to take the patient to wherever he is referred as fast as possible. The touts take advantage of this and fleece them.

But this incident is a first where a doctor was replaced by a mechanic. This is a very serious matter. The government should seize this opportunity and smash the unholy racket.