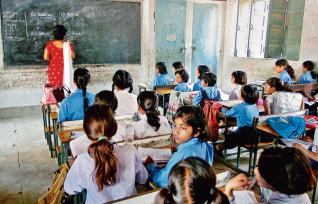 Editor-in-Chief of indiacommentary.com. Current Affairs analyst and political commentator. Writes for a number of publications. View all posts by this Author
A law student has filed a PIL in the Supreme Court against the decision of the Delhi government to install CCTV cameras in classrooms of schools run by it in the NCR on the grounds that it will violate the right to privacy of the students. It needs reminding that although there is an inconclusive debate running for years about the efficacy of installing such cameras in classrooms, many private schools in India have them and the Delhi High Court had in 2018 had dismissed a petition on the same ground by saying that nothing private was done in classrooms.

So is installing CCTV cameras in classrooms a good thing? Is it legally permissible? Is it morally correct? The jury is still out whether it is good or bad. Legally, there are no laws that prevent such installation. But when it comes to morality, there are a host of issues that need to be considered before coming to a conclusion. Most schools that install such systems often do in on the grounds of security and to keep track of the quality of education being imparted. To a lesser extent, it is done to keep an eye on the students. But apart from the cost, a lot of resources are needed to monitor the feed and most schools are not professionally equipped to handle the same, defeating the very purpose of such installation.

If the CCTV camera is being installed to keep track of the quality of education being imparted, it immediately shows that the management has no trust in the teachers it has appointed. While there is no doubt that some bad fish are maligning the profession, the solution is not in keeping an eye on teachers but in appointing proven performers. There is no effective copybook style of teaching  every teacher has his or her own style. The person monitoring the feed might not like a particular teachers style and might try to impose his or her own style. Even parents watching the feed might start objecting to the way teachers teach. Do we want to make teachers lose their individuality? We might then have robots teaching our children.

As for keeping an eye on children, there are many psychological issues involved that cannot be ignored. Children will get stifled and lose their innocence once they come to know that their every move is being watched by others, including their parents. Classrooms are places where children find their bearings and it shapes their lives. If they are scolded at home for not putting up their hands to answer questions, or giving wrong answers or even talking in class, they will either withdraw into a shell or rebel and it will scar their personality.

One feels that classrooms should be left alone. They are places where children of similar age-group interact freely with each other on the one hand and individually and jointly with their teachers on the other. Cover every inch of the school with cameras for security purpose. But spare the classroom. The Delhi High Court was wrong in saying that nothing private is done in classrooms. Ask any child  the classroom, despite being full of other students and teachers, is his or her most private place. It is the place where he learns to be an individual, away from the overbearing presence of parents and relatives. If we take away this space  whatever be the reason  we will bring up a generation of scared individuals who will forever look over their shoulders to see if anyone is watching them.