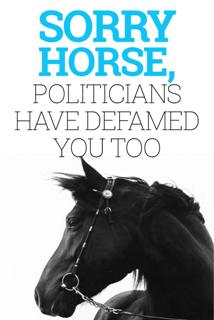 By our team of in-house writers. View all posts by this Author
People are talking about how the Congress is now protesting against what it calls stealing of the elections by the BJP in Goa and Manipur after having spent more than 60 years in doing exactly the same thing when the occasion arose. They say it is a clear case of the pot calling the kettle black.

This reminds us of a poem, written anonymously, that appeared in St. Nicholas magazine in 1876:

"Oho!" said the pot to the kettle;
"You are dirty and ugly and black!
Sure no one would think you were metal,
Except when you're given a crack."

"Not so! not so!" kettle said to the pot;
"'Tis your own dirty image you see;
For I am so clean - without blemish or blot -
That your blackness is mirrored in me."

People say that both the Congress and the BJP are two sides of the same coin where subverting the electoral process and turning the verdict on its head is concerned. Both parties have little respect for democratic niceties and no patience with rule of electoral laws. People are also saying that with the Congress having ruled for the majority of the years after Independence, the party is largely responsible for teaching others all the dirty tricks that can be used to subvert the Constitution. Hence, people say, its holier than thou act now seems all the more despicable. It is getting back what it used to give.

But people are also saying that the Congress would have been first off the blocks if it had smelt a possibility of cobbling together an alliance to form the government in either Goa or Manipur. People say that the party knew that MGP or the GFP would not support it in Goa and the NPP and the NPF wouldnt in Manipur. Hence, it never made a move in the direction of forming the government.

In a democracy, there cannot be a vacuum. If the BJP took the initiative to form the government, it was right. There have been instances (Omar Abdullah pointed out that the same things happened in J & K years ago when NC, despite being the single largest party was not invited first but a PDP-Congress post poll alliance was given a chance) where the largest party had not been invited. People say the Congress knows it cannot form the government and is just trying to badmouth the BJP to gain some sympathy.

People are saying that the Congress ploy is not going to work as a hung assembly meant that if the BJP was rejected by the voters, Congress too was. People are also saying that if Congress has the numbers, it should concentrate on defeating the trust motion instead of indulging in dramatics.