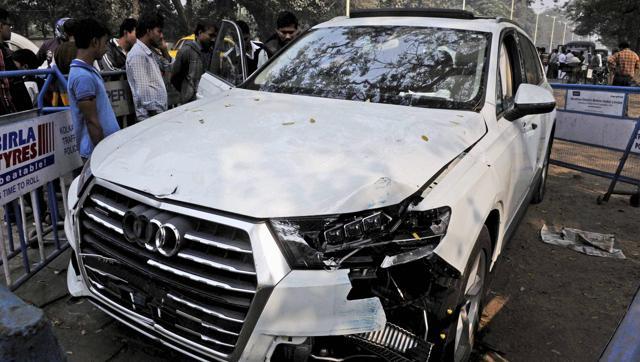 Finally, an Arrest in Kolkata Hit and Run Case

Finally, an Arrest in Kolkata Hit and Run Case

Editor-in-Chief of indiacommentary.com. Current Affairs analyst and political commentator. Writes for a number of publications. View all posts by this Author
After a thorough investigation and a solid backing from the administration, Kolkata Police have done well to first identify, and then arrest Sambia Sohrab in the IAF officer hit and run case at the Maidan in Kolkata a few days ago. Sambia is a businessman who spends most of his time in China. He was on a pleasure trip that night, visiting several night clubs before the accident happened. Police suspect he was racing cars in the Port and Maidan area along with his friends.

The TMC has quickly distanced itself from the Sohrabs, claiming that Md. Sohrab, Sambiaâs father, was a small time functionary of the party who had been elected to the state assembly with Left support back in 2006. Md. Sohrab was earlier with the RJD and shifted loyalties to the TMC only in 2011. If this stand of the party remains true and if strings are not pulled, the police claim they have enough evidence to nail Sambia.

It is necessary for such people to get punishment. Over the years, West Bengal has witnessed rowdies, with political backing, looking the police in the eye and emerging victorious most of the times. Police think twice before arresting any one even remotely connected with the ruling dispensation as police stations are gheraoed at the drop of a hat. Immense political pressure is brought upon them to release the culprit, resulting in loss of face. This has hampered investigations in many cases and resulted in general deterioration in law and order. It has also resulted in rowdies moving about with puffed-up chests, secure in the knowledge that the police can do nothing.

Hence it is that the TMC stand in Sambiaâs case is most welcome. While Sohrab maybe a small fry, a beginning is being made where people connected with the party are not being protected. One hopes that this will apply to siblings and relatives of high ranking leaders too. A message needs to go out that protection will not be available if the law is broken. Only then will the police be able to carry out their work with some degree of efficiency. In the long run, the party will also benefit.