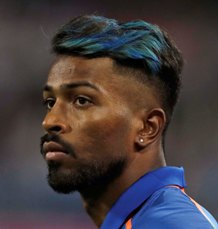 Pursuing B.Tech. Interested in emerging technology. Avid reader. Budding writer. View all posts by this Author
Hardik Pandya and KL Rahuls unconditional apologies fail to sweeten the bitter coffee brewed on the popular celebrity chat show Koffee with Karan aired on January 6. BCCI has stuck to the declared suspension as Vijay Shankar and Shubman Gill replaced the two for the ongoing ODI series in Australia as well as the upcoming New Zealand tour scheduled for the month-end.

As Pandya tried to up the cool quotient beyond the yellow glasses he flaunted on the screen by narrating stories of his multiple hookups objectifying women his later explanation that the outrageous answers were due to the nature of the show earns zero sympathy. His misogynist comments brought his reputation down no less than how much as it has upped the TRP of the Johar show. KL Rahul managed to avoid controversy with his measured replies. But Pandya, the Baroda all-rounder has been kicked out of Gillette contract, while his uncensored answers made him the top meme content and the centre of the criticism.

On the other hand, the host Karan Johar managed to escape from any step on behalf of the channel or the society against his questions sounding like an invitation for such replies, on the account of freedom of speech and raising the entertainment factor of his show.

Pandyas father Himanshu said, I dont think people should read too much into his comments, it was an entertainment show and his comments were made in a light-hearted manner. He was also panned on twitter. From the legendary Sunil Gavaskar to contemporaries Virat Kohli and Harbhajan Singh -most cricketers criticized the duo for the negative impact they created for India is a nation that looks up to the cricketers. Most agreed that the bottom line is that public figures like them should be utmost careful regarding what they say both on and off the field. But now, some people  Saurav Ganguly for one  are saying that we should move on as people make mistakes. Obviously, no one is talking about ending the careers of Pandya and Rahul, but the suspension was needed to drill some sense in these youngsters. Also, the controversy will remind the BCCI that cricketers had no business appearing on such a show and it will take the necessary action to prevent a repeat.