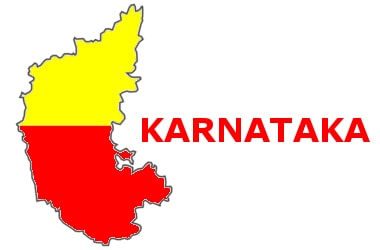 Karnataka: BJP Is Not Able To Stump The Congress-JD(S) Alliance

Karnataka: BJP Is Not Able To Stump The Congress-JD(S) Alliance

Linus tackles things head-on. He takes sides in his analysis and it fits excellently with our editorial policy. No 'maybe's' and 'allegedly' for him, only things in black and white. View all posts by this Author
Urban local body elections have confirmed that although the BJP has made massive inroads in Karnataka, it lacks the killer instinct to pip the Congress-JD(S) alliance. Despite having friendly contests with the JD(S), the Congress has managed to beat the BJP overall and is likely to form the boards at most places with the JD(S). If the two parties, ruling the state in an alliance, had entered into a pre-poll alliance, the results might have been different and they could have emerged winners in more places.

This shows two things. One, despite the JD(S)-Congress alliance not putting its best foot forward always and despite open bickering and faction fight in the Congress, both parties have managed to retain their respective vote banks. The results in these elections are not much different from those returned in the assembly elections. Simple math shows that the voters in the state are divided almost equally between the BJP and the Congress-JD(S), with the latter having a slight edge. In the absence of any burning issue that can tilt the scale either way, it seems this state of affairs is going to continue.

The second thing is that despite having the full support of Amit Shah, a handsome war chest and despite winning more seats than the Congress in the assembly elections, Yeddyurappa has not been able to marshall his resources to cross the finishing line. His image seems to have taken a beating in the way he rushed into getting himself sworn-in after the assembly elections without first making sure of the numbers. If Yeddyurappa and the BJP wish to stump the alliance, they will have to think out of the box and just rubbishing the alliance will not work. If BJP wishes to establish a strong footing in the south, Karnataka is the best bet.