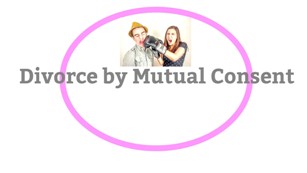 Mutual Consent Divorce: Waiting Period Can be Waived Only by Supreme Court

Mutual Consent Divorce: Waiting Period Can be Waived Only by Supreme Court

Editor-in-Chief of indiacommentary.com. Current Affairs analyst and political commentator. Writes for a number of publications. View all posts by this Author
The Supreme Court has once again invoked powers granted to it under Article 142 of the constitution to dispense complete justice and granted divorce by mutual consent to a couple without waiting for the mandatory waiting period to be over. In the case Aditi Wadhera v Vivek Kumar Wadhera, the court took the view that invocation of Article 142 was justified and required to meet the ends of justice, and granted divorce to the couple after they submitted that they had resolved all pending and contentious issues amicably.

Ever since the apex court used this discretion in Anjana Kishore v Puneet Kishore, lower courts and high courts thought it was a precedent and for some time chose to waive off this mandatory waiting period, disregarding the fact that it was there in the statute to allow the parties to attempt a reconciliation. Only the Supreme Court could use Article 142 to grant immediate divorce in rare cases where it was justified. It took a clarification from the apex court in Anil Kumar Jain v Maya Jain to put a stop to the practice in lower courts.

The couple has to live separately for one year, file for grant of divorce by mutual consent thereafter and then wait for six months before the divorce decree can be issued in lower courts. It is also required that mutual consent of both partners is there at both times  when filing the application and six months later when the order is to be made. In case of urgency, only a special leave petition before the apex court can get them an early divorce if the court thinks fit to pass an order by invoking Article 142.