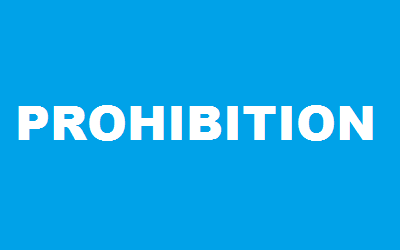 Editor-in-Chief of indiacommentary.com. Current Affairs analyst and political commentator. Writes for a number of publications. View all posts by this Author
When any public policy is introduced, governments often assess the impact after a decent length of time and make suitable adjustments to reorient the policy as per the feedback received. Nitish Kumar had introduced prohibition in Bihar to fulfill his campaign promise before elections in the state. He first banned country-made liquor and within a few weeks brought Indian Made Foreign Liquor (IMFL) in the net. Obviously, Kumar thinks his policy has been a success and the only drawback is that prohibition laws in the state are not stringent enough. So he has gone ahead and made further amendments to Bihar Excise (Amendment) Act, 2016, introducing draconian and legally untenable (according to experts) sections in the law to try and plug loopholes.

Prohibition itself is a dubious, and often feeble, attempt to cure social ills and is now increasingly being used as a political tool to garner votes. Mercifully, Nitish did not say that consumption of alcohol increases crime for that was proved wrong in the prohibition era in USA. Crime had in fact increased then, as a new and more ferocious set of criminals took over. Nitishs plank has been that he is trying to save poor families from financial ruin brought about by the drinking habits of male, and earning, members. He is going for the votes of the women, who often spend life in deprivation, misery and torture as their husbands blow away their wages on alcohol. Of course it looks very attractive as public policy, but the flip side is loss of huge revenue for the state, bootlegging (a TV clip on one channel showed IMFL being sold from a van on the busy Exhibition Road in state capital Patna), birth of dangerous liquor mafias, corruption in the administration as incentives for ignoring violation of prohibition laws are infinitely greater than ordinary laws and possibility of deaths due to consumption of spurious liquor, not to speak of the plight of addicts, which the state is ill-equipped to handle.

Hence, rather like Adolf Hitler, Nitish Kumar is resorting to all kinds of subversion of justice. He is introducing collective punishment and vicarious liability, which prevent punishing the whole group, howsoever connected or related, for the crime committed by any member or members of that group, in criminal laws in India. He is changing the definition of retributive justice. He is ignoring due process and natural justice. In short, in the guise of a democrat, he is doing all that a dictator does to enforce his pet policy.

A look at the stringent provisions will be enough for one to decide that all that is written in the above paragraph is true.

 If the authorities find liquor in any premises, all adult members of that household are liable to be arrested and prosecuted.
 Any person who provides a vehicle, utensil or any other material (knowingly or otherwise) that goes to aid manufacturing of liquor, is liable to be arrested.
 If liquor or any other intoxicant is found or consumed in any premises, it will be assumed that all adult members had knowledge of such consumption or storage and they are liable to be prosecuted and/or arrested.
 Anyone who facilitates drinking and allows drinkers to gather at his house (this includes tenants and visitors) or fails to provide information about storage of liquor in his premises by others will be punished with a minimum eight-year jail term extendable to 10 years with a fine up to Rs 10 lakh.
 If liquor is found in any premises, the premises will be confiscated.
 If a mixture of sugar or jaggery, along with grapes, is found in any premises, it will be assumed that liquor is being manufactured and the house owner and/or tenant can be arrested.
 The District Collector can impose a collective fine on a village or town if a group of people is found violating liquor law frequently.

Since all the provisions are cognizable, a person violating any one of them might be jailed on assumption of guilt. The authorities have been given powers to arrest without warrant. Turning legal wisdom on its head, the accused will be presumed guilty unless proven otherwise and the onus of proving himself innocent will lie on him. Most of the provisions prescribe punishments which are clearly disproportionate to the gravity of the offence. All this goes against principles of natural justice. Many provisions will not stand judicial scrutiny and the Bihar government will have egg on its face once they are challenged in court, as they are bound to be sooner or later. The only silver lining is the provision that enforcing officers, including from excise, administration and police, will now be punished with jail terms up to 3 years (up from 3 months) and fines up to Rs 1 lakh for misusing the law. But with so many draconian provisions, it will be impossible to prove misuse.

Nitish Kumar should realize that enforcement of any law depends as much on its stringency as on the public will to accept the law. Instead of such stringent provisions, Kumar must now use the force of the women, who he thinks are supporting his moves wholeheartedly, to bring about the necessary social change. Social reformers brought about change without the help of draconian laws, as what they proposed appealed to a large section of society. Hence, the women of the household must be enthused to report addiction and get their family members treated for it. But Kumar finds himself on the horns of a dilemma. If he arrests the poor for drinking and violating prohibition laws, he will in any case take away the earning member of the family. It will put the poor families in graver distress. So he is trying to create a fear psychosis in the state by targetting any and every person found to be connected to liquor in any possible way. But this has seldom worked and is not going to work for him too and his whole prohibition policy might fail for this.