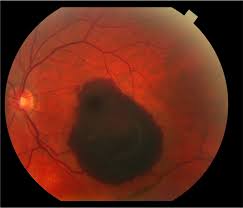 By our team of in-house writers. View all posts by this Author
Treatment of retinal diseases gets better with emergence of new technologies
The Head of the Department of Ophthalmology and Optometry in the Medical University of Vienna, Ursula Schmidt-Erfurth, has said that faster and better diagnosis and treatment of retinal diseases has been made possible by breakthroughs in technology. She pointed out that it mainly consists of drug injections in patients with retinopathy, or diabetic retinal disease; digital OCT angiography and modern imaging of the brain which permits precise measurement of visual acuity.

With drug injections, laser sclerotherapy is becoming passé
The rapidly spreading scourge of modern civilization, diabetes, affects the eye and the retina in particular. Middle-aged individuals find that diabetic retinopathy is mostly responsible for their acute vision loss and in some cases, blindness. Nearly half of the diabetic patients suffering from proliferative retinopathy (abnormal vascular growth on the retina), experience severe loss of vision within five years. In four decades since laser sclerotherapy was introduced, this has been significantly arrested and now only five percent of such patients lose their eyesight. But laser sclerotherapy has drastic side effects and can lead to reduction of visual field, reduced ability of vision in twilight and inability to read due to formation of edema in the centre of the retina.

Since macular diseases in diabetes were being successfully treated by direct injection of drugs in the affected eye, it led to the conclusion that the same drugs might also help in treating proliferative retinopathy which is but a more severe form of retinal disease. A US study published in November 2015 first reported that during a two year research, a group of patients injected with such drugs were found to have a larger visual field, better clarity of vision, their affliction with rare macular edema was lower and the need for surgery was reduced.

Ms. Schmidt-Erfurth was of the opinion that after four decades of laser sclerotherapy, new milestones have been set in effectiveness and much gentler treatment of diabetic retinal diseases, which is one of the commonest threats to eyesight. She was also of the view that while it is a substantial step forward for long suffering patients, it also means that laser sclerotherapy is increasingly becoming outdated. In her view, guidelines and recommendations have to be suitably altered in treating thousands of diabetic patients.

Digital OCT angiography
In diagnosing or monitoring diseases that lead to significant loss of sight, which include age-related macular degeneration (AMD), vascular occlusions and diabetic retinopathy, the essential basic requirement is the precise visualization of blood vessels in the ocular fundus. Till now, classic angiography using contrast-methods was the only available way to see such blood vessels.

But now, with the emergence of digital OCT angiography, the blood vessels in the fundus oculi can be studied by means of digital analysis. Andreas Pollreisz of the Medical University of Vienna has explained that digital angiography takes much lesser time and is done in just a few seconds. Moreover, dyeing agents, which cause nausea and vomiting in some patients, need not be administered.

Visual acuity measured  even in the brain
The thinking that the retina is almost a part of the brain did not figure in conventional retinal examinations till now. A number of retina patients were enrolled in a collaborative project by the Department of Ophthalmology and the Center for Medical Physics and Biomedical Engineering at the Medical University of Vienna for investigating the way visual impressions were processed in the corresponding areas of the brain, which was monitored by functional magnetic resonance imaging (fMRI). While moving patterns were given as visual stimuli to the patients, their brain activity was measured by local oxygen consumption. The study established a correlation between a defined region of the retina with a corresponding area of visual centre. Hence, if a retinal patient was found with functional impairment in a particular retinal region, expectedly there was less activity in the presentation of visual stimuli in the corresponding area of the brain. The study found this to be true for most patients.

But as explained by Markus Ritter of the Department of Ophthalmology and Optometry of the Medical University of Vienna, contagious and healthier retinal areas sometimes appropriate the function of the impaired areas in some patients long afflicted with retinal diseases and it results in change in the way the corresponding retinal visual centre was presented. He also explained that this leads to the thinking that the system is not rigid and is flexible to an extent, partially compensating for retinal malfunctions. With this discovery, a better understanding of changes in visual acuity of patients with retinal diseases will emerge, leading to new therapeutic approaches.