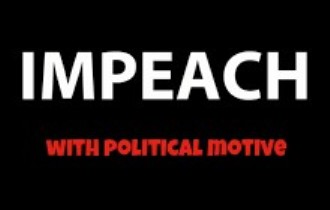 Editor-in-Chief of indiacommentary.com. Current Affairs analyst and political commentator. Writes for a number of publications. View all posts by this Author
Although lawyer and Congress leader Kapil Sibal tried to trick the SC into accepting and hearing the petition challenging the dismissal of the notice of impeachment against the CJI out of the way by bringing it up before the second-most senior judge, Justice J Chelameswar, the judge was not to be led away from propriety. He asked the lawyer to come back the next day. Meanwhile, the apex court has constituted a five-member bench to be headed by Justice A K Sikri and comprising of Justices S A Bodbe, N A Ramana, Arun Mishra and A K Goel to hear the petition.

This is as per the tenets of natural justice which ask for prevention of conflict of interest. Chief Justice Dipak Misra, despite being the Master of the Roster due to his rank, could not have heard the petition as it was against him. The other four senior-most judges also ruled themselves out of contention to sit on the said bench as they were the ones who held an unprecedented press conference to complain against the CJI and his alleged bias in allotting cases, which formed the basis of the impeachment notice served by the opposition parties.

With five senior-most judges having been disqualified thus, it now falls on Justice Sikri and his colleagues to hear one of the most important, politically-charged and controversial cases to have reached the apex court in recent times. With the opposition pressing the urgent hearing button, it seems the court will have to hear the arguments daily and decide fast. It is also certain that if the court decides that VP Naidu was wrong in dismissing the notice it will displease the government and the opposition will be aggrieved if the decision is otherwise. But the court will have to consider if irrefutable proof of gross misconduct or improper behavior exists in the charges made against the CJI or if the impeachment notice is based on hearsay and conjectures. The five-member bench has a huge and demanding task on its hand.

The lawyer for the opposition tried to play mischief by bringing up the petition before Justice Chelameswar. It was against propriety to bring it up before the judge, even though he was the second-most senior judge, for he was one of the judges who had made charges against the CJI. There was plain conflict of interest. The opposition was trying to divide the judiciary and deal a body blow to it. It is good that Justice Chelameswar saw through the trick and refused to be a party to the political machinations.