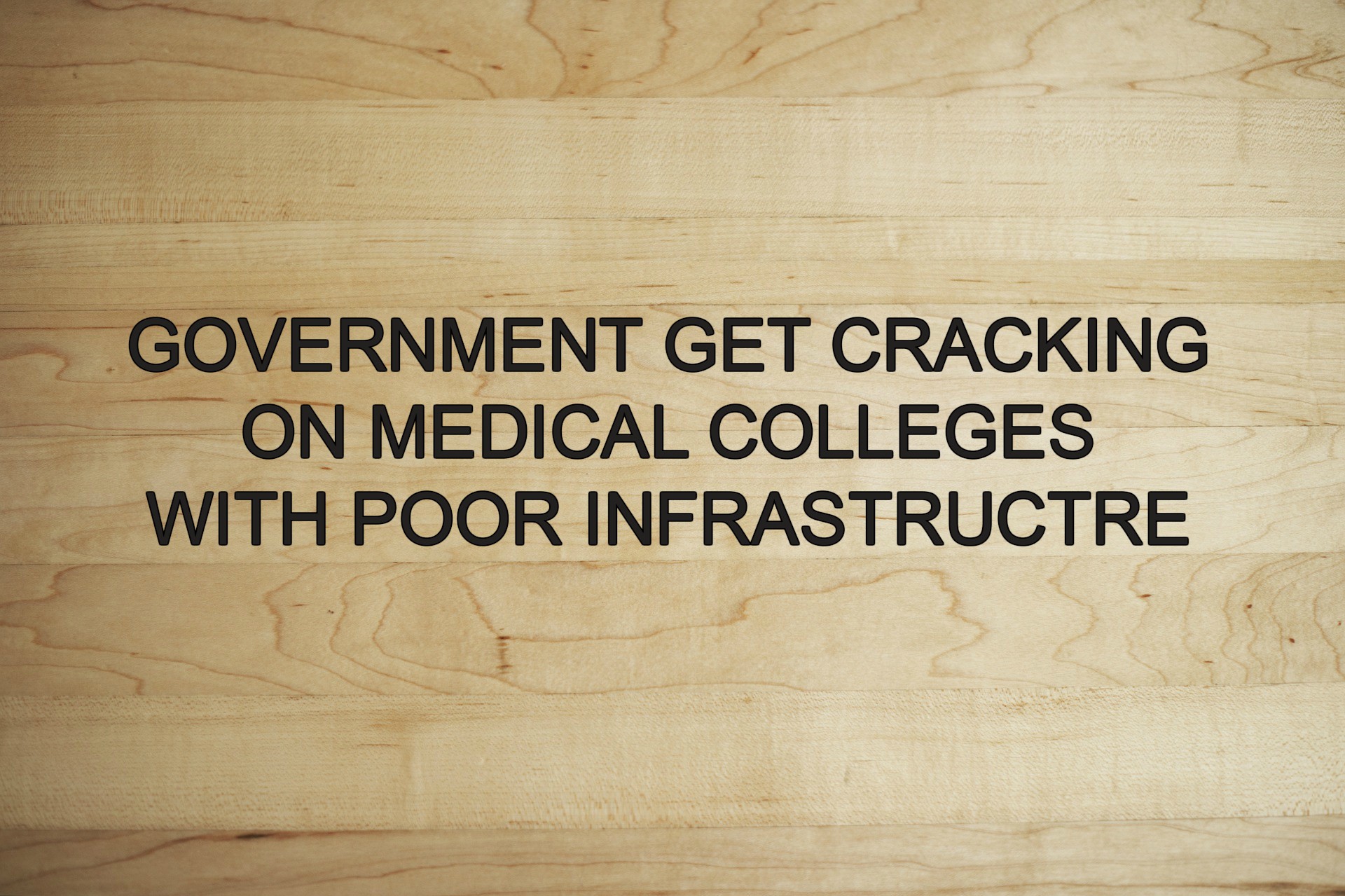 Should Medical Colleges With Poor Infrastructure Be Allowed Permission?

Should Medical Colleges With Poor Infrastructure Be Allowed Permission?

Editor-in-Chief of indiacommentary.com. Current Affairs analyst and political commentator. Writes for a number of publications. View all posts by this Author
It is good that the government, on the recommendation of the academic committee of the Medical Council of India (MCI), has denied permission to 82 medical colleges to take further admissions and rejected the applications of 68 colleges that were either to be set up from scratch or were hoping to increase their seats. Although this will result in shortage of doctors in the immediate future, it will also mean that colleges will no longer be able to mint money by letting loose half-baked MBBS graduates who are not fully trained as per prescribed rules and regulations. The government will, of course, have to work on how this problem can be tackled so that the country does not face a shortage of doctors.

In the past, the corruption-ridden MCI had given permission to colleges that did not even have the basic infrastructure to train MBBS graduates. Make shift operation theatres with hired equipment and dummy patients were shown to MCI inspectors to get clearance. Shortage of faculty has been a perennial problem. Hence, it is better not to have doctors rather than have ones who will be educated like quacks. Operating MBBS colleges has become a money-spinning racket. The government needs to stop it and ensure that only those who invest in the necessary infrastructure are allowed to run such colleges. At the same time, the government should look at the viability of setting up medical colleges under either PPP or with foreign collaboration to avoid shortage of doctors. Many Indian students go abroad for medical education. Hence foreign medical colleges can be invited to set up facilities in India with local partners. Given the importance and urgency of having quality MBBS graduates, why can't we have premier medical education institutions on the lines of IITs and IIMs?