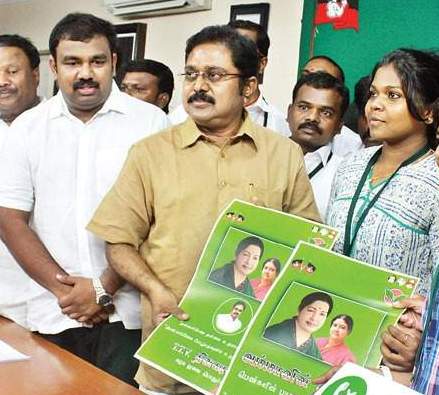 Editor-in-Chief of indiacommentary.com. Current Affairs analyst and political commentator. Writes for a number of publications. View all posts by this Author
The united AIADMK faltered in its first electoral face-off with the Sasikala camp. Dhinakarans victory margin was big enough to prove that people rejected the current AIADMK leadership as the inheritors of Jayalalithas mantle. But election to one assembly seat (that too in urban Chennai) cannot be taken as the true indicator of the peoples mood. However, the Sasikala camp can be enthused by the result and will redouble its efforts to free the party from intruders.

What is surprising is that the AIADMK leadership was so complacent. It has axed 9 Dhinakaran aides after the R K Nagar by-poll fiasco. Ideally, it should have covered all its bases and axed them before the polls. It was clear that R K Nagar was going to be a test of strength and a prestigious fight. The AIADMK leadership should have realized that the Sasikala camp would put in everything to score a point. That they still allowed Dhinakarans aides to sabotage their prospects was bad strategy. Someone slipped badly and must be made answerable by the party.

As for the beleaguered Sasikala camp, Dhinakarans victory will come as a shot in the arm. They will now try to wrest the party. It will not be easy though, as OPS and EPS are seasoned politicians and the administration is currently in their hands. But in the end it will boil down to money power. If the Sasikala camp has access to the crores of party funds allegedly stashed away by Jaya, then they will make a serious pitch and might even come out successful. Tamil Nadus personality-based politics can throw up surprising results and R K Nagar is proof of that.