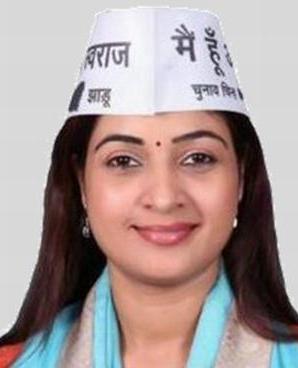 The Alka Lamba Hooliganism in Delhi

The Alka Lamba Hooliganism in Delhi

Editor-in-Chief of indiacommentary.com. Current Affairs analyst and political commentator. Writes for a number of publications. View all posts by this Author
When Alka Lamba, the Aam Aadmi Party legislator from DelhiÃ¢â¬â ¢s wholesale business hub Chandni Chowk, carried out an anti-drugs drive in the area and was hit on her head by a stone thrown by a man, everyone thought she was a victim of the drug peddler-police syndicate. Even her party boss Arvind Kejriwal tweeted Ã¢â¬ÅProud of you, Alka.Ã¢â¬Â

Subsequent developments, including an examination of CCTV footage from the spot, reveal that LambaÃ¢â¬â ¢s concern about drug peddling and her supposed heroism were overblown. Lamba perhaps went there to settle political scores as much as to protest against drug peddling. One of the stores she visited belonged to BJP MLA O P Sharma. Having served Congress all her political life and joined AAP just before the recent elections, Lamba is schooled in the Congress style of hooliganism.

CCTV footage shows that she entered a store and immediately toppled a billing machine. Her associates then pushed everything off the counter. Is this the way an MLA behaves with her constituents? That too an AAP MLA, for the party never fails to stress that it is different. Causing damage to personal property of others is a cognizable offence. Lamba has said that she did it in a Ã¢â¬Åfit of anger.Ã¢â¬Â More than fit of anger, it was her long association with the Congress party that came to the fore.

Last time around it was Somnath Bharti who created a ruckus in Khirki Extension by going after people of African origin taking the plea that they were peddling drugs and prostitution. This time it is Alka Lamba. AAP is well and truly on the way to becoming just another regular Indian political party that cares little about hurting the sensibilities of people who have voted for it. Its MLAÃ¢â¬â ¢s show scant respect for due process of law and think they are a law unto themselves.