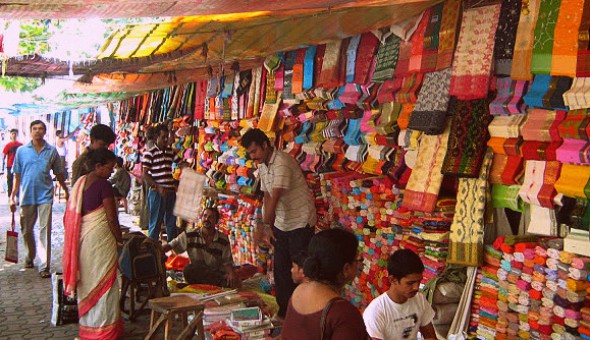 Editor-in-Chief of indiacommentary.com. Current Affairs analyst and political commentator. Writes for a number of publications. View all posts by this Author
As the elections to Kolkata Municipal Corporation and various other municipalities in West Bengal draw closer, the state government is bestowing largesse on segments it considers vital to winning these elections. In complete ignorance of her own stated vow to turn Kolkata into London, Mamata Banerjee has promised to issue trade licenses to more than 3 lakh big and small, mobile and permanent hawkers who have taken over the footpaths and carriageways of the city of Kolkata. One is sure that similar concessions will be given to hawkers in other towns of the state.

Before this, the government had given in to the demands of taxi operators by reducing the amount of fine for refusing passengers from Rs 3000 to Rs 100 only. This has emboldened the operators to immediately start refusing passengers again. It will also demoralize the police force which has been trying its best to bring the errant transport operators, including auto-rickshaws, buses, mini-buses and taxis in line by booking them for traffic rule violations. Fearing a backlash, the government has given in to most of the demands of various transport operators.

But it is the decision to grant trade licenses to hawkers that is most beguiling. It comes against the backdrop of a closure of the S S Hogg Market (popularly known as New Market) and other markets in its vicinity. At their wits end by falling footsteps and dwindling sales in this heritage market due to the hawker menace in the area, traders decided to down shutters to force the government to act. But the way the government has acted must have shattered the confidence of the traders. It also has long term negative connotations for doing business in West Bengal.

The government seems to be following the saying that Ã¢â¬Ëif you canÃ¢â¬â ¢t beat them, join them.Ã¢â¬â ¢ Since the government is unable (and unwilling) to evict them for political reasons, it thinks that it can fill the civic coffers by issuing them trade licenses. But there are several issues that need to be thrashed out before such a decision can be taken. For instance, a shopkeeper pays rents upwards of Rs 150 per sq. ft in areas like Gariahat, whereas a hawker can occupy the space opposite his shop and sell duplicate versions of the same items at one-tenth of the price. The shopkeeper pays VAT, income tax and other sundry taxes. The hawker just greases the palms of the local councilor, the police and contributes to the ruling party.

If the state government wishes business to survive in West Bengal, it needs to do three things before it can issue trade licenses to these well-off traders masquerading as hawkers:

1. It has to map the space occupied by each hawkers and charge rent from him, including refuse tax, as they are the ones who dirty the streets the most. Rent should be charged at the going rate in the area.

2. It should ensure that the hawkers do not sell items that are sold in the shop before which they set up their stalls.

3. It should ensure that the hawkers issue proper bills to the customers, maintain accounts and pay taxes as normal citizens do.

Only then should it think of issuing them with trade licenses. Otherwise it will be an exercise aimed at legalizing something that started out as being blatantly illegal. It will also mean that in days to come not an inch of vacant space will remain of foothpaths and carriageways in Kolkata.