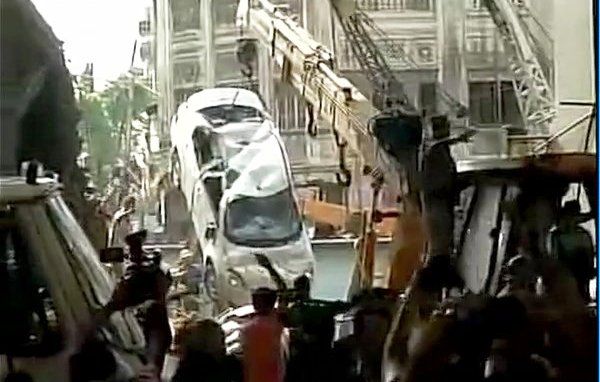 Kolkata Flyover Collapse: Definitely Not "An Act of God"

Kolkata Flyover Collapse: Definitely Not "An Act of God"

Editor-in-Chief of indiacommentary.com. Current Affairs analyst and political commentator. Writes for a number of publications. View all posts by this Author
Kolkata is once again in the limelight for the wrong reason. The collapse of an under construction flyover is a serious matter. Apart from the loss of lives and property, harassment to people who stay in the locality and problems faced by commuters, it clearly shows that infrastructure projects are being built with a cavalier attitude by those who âwinâ the bids.

The builders, IVRCL, first said that the collapse was an âact of God.â Then their legal head clarified that it meant the company had no control over what happened. Now they are saying that it might have happened due to a bomb blast. TMC MP Sudip Bandhopadhyay has hinted about faulty design. Others will say use of sub-standard material. Still others will say proper time for foundation to set was not given. There will be hundreds of accusations or excuses. But the fact is that it went down and an IIT, Kharagpur team is slated to enquire into the cause. Transparency should be maintained in the probe and the guilty should be handed out exemplary punishment.

Act of God it definitely was not. At least not the kind that happened in that brilliant movie OMG. The only lightening that struck hit the officials of the construction company, who are now claiming to be as surprised as the rest of us on why the collapse happened. But they have to provide the answers as they are the ones who are responsible.

It is too early to blame the TMC government as the construction work is going on for a long time and no mishaps were reported earlier. Other parties will obviously try to make political capital out of the issue in this election season. But years after the contract has been awarded, it can only be the misdeeds of the contractors or those who are working on the ground that can cause a mishap of this magnitude.

This collapse proves that contract awardees should not be left alone once they start constructing. There is a system of periodic checks of materials being used etc. but obviously that seems not to be enough. There is also an element of corruption as officials designated to collect and verify samples often allow dubious materials after taking a âcut.â There should be a mechanism to monitor daily progress. If that is not possible, at least a high level regulatory presence should be there when main events, such a putting up pillars or installing overhead beams, is being done.

Both the government and the builders should leave their cavalier attitude aside and work towards first bringing the guilty to book and then ensuring that such things do not happen again, in this or any other project. It is the least the people of Kolkata can hope for.