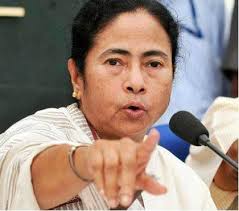 Editor-in-Chief of indiacommentary.com. Current Affairs analyst and political commentator. Writes for a number of publications. View all posts by this Author
At any other time and faced with a different opposition scenario, Mamata Banerjee would have raised hell over the Election Commissionâs decision to have a 6-phase poll in Bengal, especially when other states like Tamil Nadu are having it in just one phase. But her relative quietness stems from the fact that she knows she is well placed to win these elections mainly due to the precarious condition of the opposition parties in the state.

The BJP in Bengal has just not taken off, except perhaps for a few pockets in urban areas. As for the Left, it is a spent force having lost rapid ground in areas that were once considered impregnable red bastions. The less said about the Congress the better. Infighting and loss of cadre to the TMC has meant that the party is now restricted to one or two urban seats, Malda and Murshidabad. Its alliance with the Left is not going to work. Mamata knows that as of now, the combined opposition can only win a limited number of seats and is of no threat to her. Hence, despite saying that the commission has treated Bengal in a âstep-motherlyâ manner, she acknowledged that it was the prerogative of the commission to decide such things.

The people can hope for relatively peaceful elections this time, both for the fact that there will be strict monitoring by the commission and the TMC will perhaps not give a carte blanche to its goon brigade due to its smugness. Some disturbances are likely to occur in areas where the BJP fancies its chances. But it can be safely said that there will be a sea of green in Bengal after counting is over on May 19th.