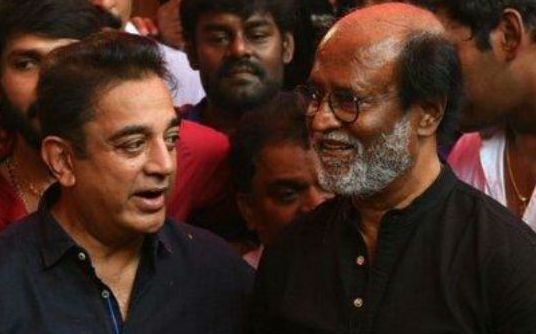 Editor-in-Chief of indiacommentary.com. Current Affairs analyst and political commentator. Writes for a number of publications. View all posts by this Author
We often rue that politics in India is the dirty cesspool it is because good people do not take up the profession. But recent experience shows that even when such people do enter politics, instead of them changing the way things are conducted, politics changes them for the worse. When the celebrated actor duo of Rajinikanth and Kamal Haasan spiced up the political scene in Tamil Nadu by starting new political parties, most people expected them to contribute positively by being different than other politicians in the state. But by saying that the IPL matches must not be held in Chennai as the state was agitating for getting a fair share of the Cauvery waters or for the CSK players to wear black armbands during matches, they have shown that they will respond to issues in the same ugly and stock manner as other politicians.

Why target the IPL? The people of Tamil Nadu are worried about getting less water from the Cauvery. It will hit them hard. But the people of Tamil Nadu also want CSK to play and win as it was out of the competition for two years. This is evident in the way tickets are selling for the matches at the M A Chidambaram stadium in Chennai. The two events are unrelated and must not be joined for scoring political points. Rajinikanth and Kamal Haasan are from the film industry. Have they decreed that no new films will release till the Cauvery issue is resolved? Or that every new release must show a one minute clip on how the people of Tamil Nadu are agitating for Cauvery waters? Cricket is now played throughout the year and the IPL matches were fixed more than six months back. Hence, targeting it shows that politicians of all hues cannot leave constricted thinking behind.