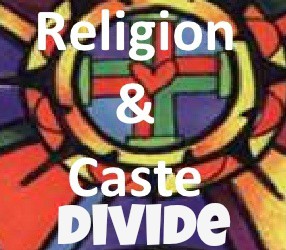 Editor-in-Chief of indiacommentary.com. Current Affairs analyst and political commentator. Writes for a number of publications. View all posts by this Author
The masks have been taken off. Almost all leaders of every political party are now creating a religious or caste divide in UP. It is easy to blame the BJP, but the ground reality is that none of the others are free from the malaise. If Yogi Adityanath is guilty of Bajrangbali versus Ali, Mayawati is guilty of directly asking the Muslims to vote for the gathbandhan. If Maneka Gandhi is guilty of telling the Muslims point blank that if they do not vote for her she will not work for them, Ajit Singh is guilty of telling the Jats that the BJP will finish them if they vote for it. But the cake seems to have been taken by the controversial Azam Khan of the Samajwadi Party who twisted Bajrangbali into Bajrangali, something that is going to boomerang on him.

But the opposition in UP is not realizing that the BJP is leading it down the path of destruction and it is blindly following it. Every time Mayawati pleads with the Muslims not to divide their votes and vote for the gathbandhan, it gives the BJP fuel to fan the fires of vote consolidation among the Hindus. Every time she pleads similarly with the Dalits and the backward classes, the BJPs appeal increases for the upper caste Hindus. So who is polarizing the electorate?

Mayawati should realize that what is true for the Muslims is true for all Indians. She should modify her appeal to make it to all Indians. She should appeal that every voter should vote for the gathbandhan if he or she is interested to preserve the unity and integrity of the country and foil the BJPs attempt to create a chasm in Indian society. But when she appeals only to the Muslims, the Dalits and the backward classes, she becomes sectarian herself and then her charge that the BJP is communal sounds hollow and becomes a case of the pot calling the kettle black.